While researching where to eat on the island of Santorini, there was one spot that just kept coming up – Lucky’s Souvlakis in the town of Fira.  It was actually so good that my husband ended up ordering a second one!  He first went with the traditional pork gyro while I chose the chicken version.  Considering he ordered the chicken for his second, I think that says something about mine:)  Both were tasty and full of Greek flavor.  Do yourself a favor and go here if you’re in town! 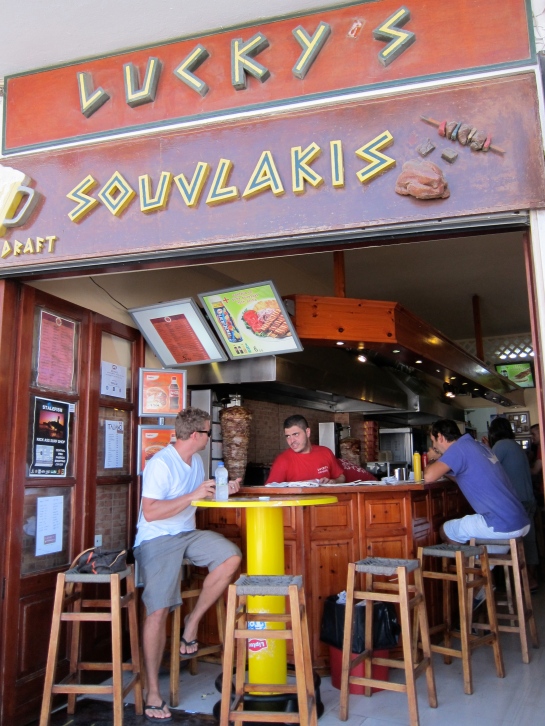 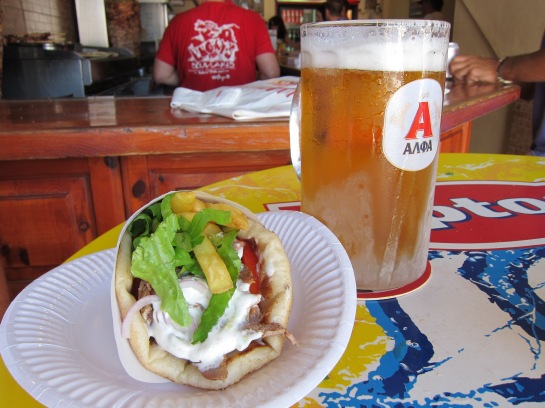